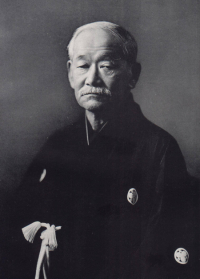 When Dr. Jigoro Kano, the founder of Judo, entered Tokyo University at the age of 18, he began learning Tenshin Shinyo Ryu Jujitsu in 1877 and later he studied Kito Ryu Jujitsu as well as various Jujitsu techniques from the other distinct styles. Because Kano wanted to teach Jujitsu for educational purposes and to distinguish his style from other styles, he renamed it “Judo”, which means “the gentle way”. He said the purpose of Judo training is for sport, mental discipline, competition and self defense. In 1892 Kano established Kodokan Judo at Eisho Hi temple where he rented a room with twelve mats and started with nine students Judo became an Olympic event at the 18th Olympic Games at Tokyo in 1964.
The concept of “a gentle way” may seem odd to someone viewing Judo for the first time, and asking, “what can be ‘gentle’ about a martial art that consists of throwing and grappling?”

There are two aspects to this. On an esoteric level, in many martial arts (and not just Judo), there is a concept that -softness can overcome hardness-. What this means is that instead of meeting force with force and clashing with the opponent, the opponent’s own strength and the force of his attack are used against him. This is mostly accomplished by taking the energy, or momentum of the opponent’s attack and redirecting it to off- balance him. Once off balance, the opponent becomes far more vulnerable to your technique.

On a practical level, the gentleness of Judo comes into play in that compared to hard styles of Karate, or other martial arts taught with self defense in mind, Judo has rules that say no breaking, punching, no wrist locks, and grabbing or striking to the face are allowed. These and other rules allow Judo to be practiced as a sport. Judo “players” can compete in weight classes, and age classes, with someone of equal skill, and therefore Judo is very popular, and can be great for children. Judo players can attack each other with great force, truly testing their skills, without fear of damaging or hurting each other.

However, it must be noted that if you take away these rules and safeguards, Judo becomes as lethal a form of self defense as any other martial art. One whole section of the Judo curriculum is in fact devoted solely to self defense. Some martial arts are advertised as -“this is not a sport” -in order to emphasize their lethal, harsh, self defense aspect. The fact that Judo is a sport may mislead one into thinking it is less effective in this way. But this is very inaccurate.

A great advantage of the way Judo is practiced is that you can try your hand at very real fighting without the damaging consequences of full contact striking, such as can occur in boxing. This constant testing of one’s skills in a hands on way against someone of equal skill greatly contributes to a Judo player’s timing, finesse, and effectiveness in executing techniques. Therefore, if the need arises for real life self defense, the Judo player is likely to be a very devastating opponent.

Judo has been brought into the spotlight in the US due to the popularity of Rhonda Rousey and MMA.  Another judoka who is increasing the awareness of Judo is 2 time US Olympic Champion, Kayla Harrison.  She will be making her MMA debut this summer.  We were fortunate enough to have had Kayla and silver medalist, Travis Stevens at our club for a seminar after the 2016 Olympics.

Judo is always evolving but it remains consistent throughout the world.  When the rules for competition change, they are followed everywhere.  It is also one of the most practiced sport in the world.