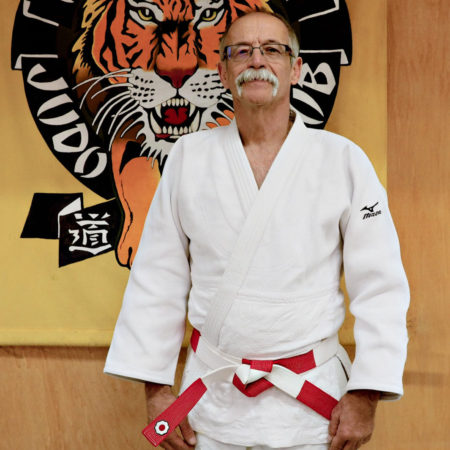 Sensei Eric James Joseph is a 6th degree black belt in Kodokan Judo. Eric began Judo in 1971 at Erie Community College. His instructors were Bill Manson, Tony Grisanti and Marty Grisanti. In 1974, the Grisanti brothers established Kin-Tora Judo club. Eric has been an instructor at Kin-Tora for 37 years. In 1979, Eric moved to Colorado Springs, Colorado where he trained with Sensei Paul Maruyama, Olympic coach and members of the Olympic team. In 1981, Eric returned to Buffalo and began training under the Grisantis. Eric also trained with Dr. Sachio Ashida, 9th Dan and Olympic coach. In 1996, Eric obtained his National Level Referee certification in Chicago. In 1999, he received his class A Kata instructor certificate for Nage no Kata, and Katame no Kata. In 2013, Eric received his 6th Dan in Judo from Sensei Tony Grisanti. Eric continues to train at Kin-Tora Fitness Center 2-3 days a week.

Eric is also a 5th degree black belt in Suenaka Tesugaku ho Aikido. He began Aikido in 1990 right after he dislocated his elbow at the 1989 Am – Can international Judo tournament. He continues his study of Aikido when possible.