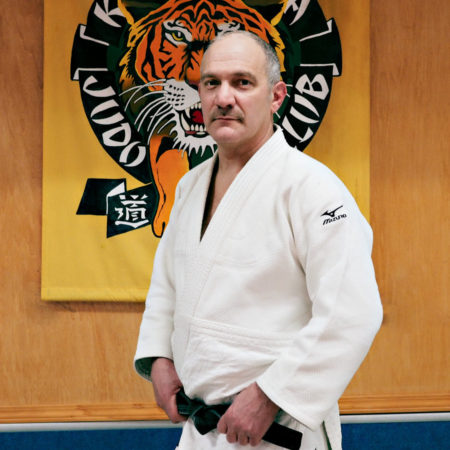 Sensei Sal in 1971 started learning Judo at Manson Judo Club. As a Junior he competed and placed in many tournaments, Including Junior Olympics and Junior Nationals. In 1982 Sal joined Kin Tora Judo Club. In 1985 he received his SHODAN ( 1st degree black ).
As a young adult he traveled all over the United States and Canada, competing. In 1995 Sal placed 1st and won NY State Championships.
Multiple times medalist in Empire State Games for many years. He have also Coached The Empire State Game Western Judo Team.
Sal Barone an USA National Judo Coach. He holds his Regional Referring Certificate.
Sensei Sal currently a GODAN (5th degree Black Belt).
Sal is very proud of his 3 daughters.  All of them are a part of the Kin Tora Judo Family and each have received their SHODAN.